SHINE Medical Technologies LLC has announced that it has selected the municipality of Veendam in the province of Groningen, the Netherlands, as the location of its European medical isotope production facility. The decision is the culmination of a year-long search process that included the review of more than 50 proposals from sites across Europe. BCI Global supported Shine Medical in its location decision process. 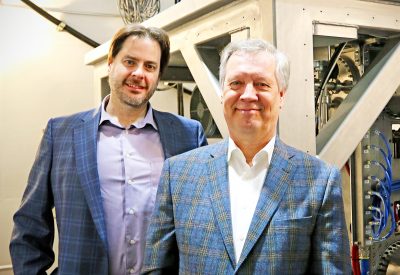 Greg Piefer, SHINE’s chairman and CEO, and Harrie Buurlage, the company’s vice president of global sales and Europe, are seen next to the company’s first-production neutron generator.

SHINE is a nuclear technology company committed to improving the lives of people and the planet. The company is focusing its fusion-based technology initially on advanced industrial imaging and the production of diagnostic and therapeutic isotopes. These isotopes include molybdenum-99, a diagnostic isotope used to diagnose heart disease, cancer, and other conditions, and lutetium-177, a therapeutic isotope that holds the promise of significantly improving the outcome of some cancer patients. SHINE has a long-term strategy to solve some of humanity’s biggest problems, including nuclear waste recycling and the production of clean fusion energy, in addition to advanced industrial imaging and medical isotopes, by pursuing our vision for progressively broad and impactful uses of fusion technology.

SHINE’s European facility will be focused initially on the production of molybdenum-99.

“SHINE’s selection of the municipality of Veendam as the site for our second production facility is great news for physicians and patients throughout Europe,” said Harrie Buurlage, SHINE’s vice president of European operations. “The production facility will be a solution for all of Europe, enabling SHINE to deliver a reliable, flexible supply of a broad range of critical medical isotopes to European customers, starting with molybdenum-99. We look forward to working with our new partners in Veendam, the province of Groningen and the Netherlands.”

Veendam was selected because of the area’s strong support for the development and production of lifesaving medicine, its passion for innovation and the availability of highly skilled and educated workers. Veendam also provides easy transportation access to the European market, the presence of the highly regarded royal university and accelerator technology knowledge and infrastructure.

“The selection of the location for our new European facility is another demonstration of SHINE’s commitment to being the world leader in the production of vital medical isotopes,” said Greg Piefer, SHINE’s chairman and CEO. “We know that with our leadership comes a responsibility to European physicians and patients that we take seriously. We look forward to ensuring that they have a reliable supply of the isotopes they need when they need them. Progress on our U.S. facility continues and our experience with that project will be important during our work on the new facility in Veendam.” 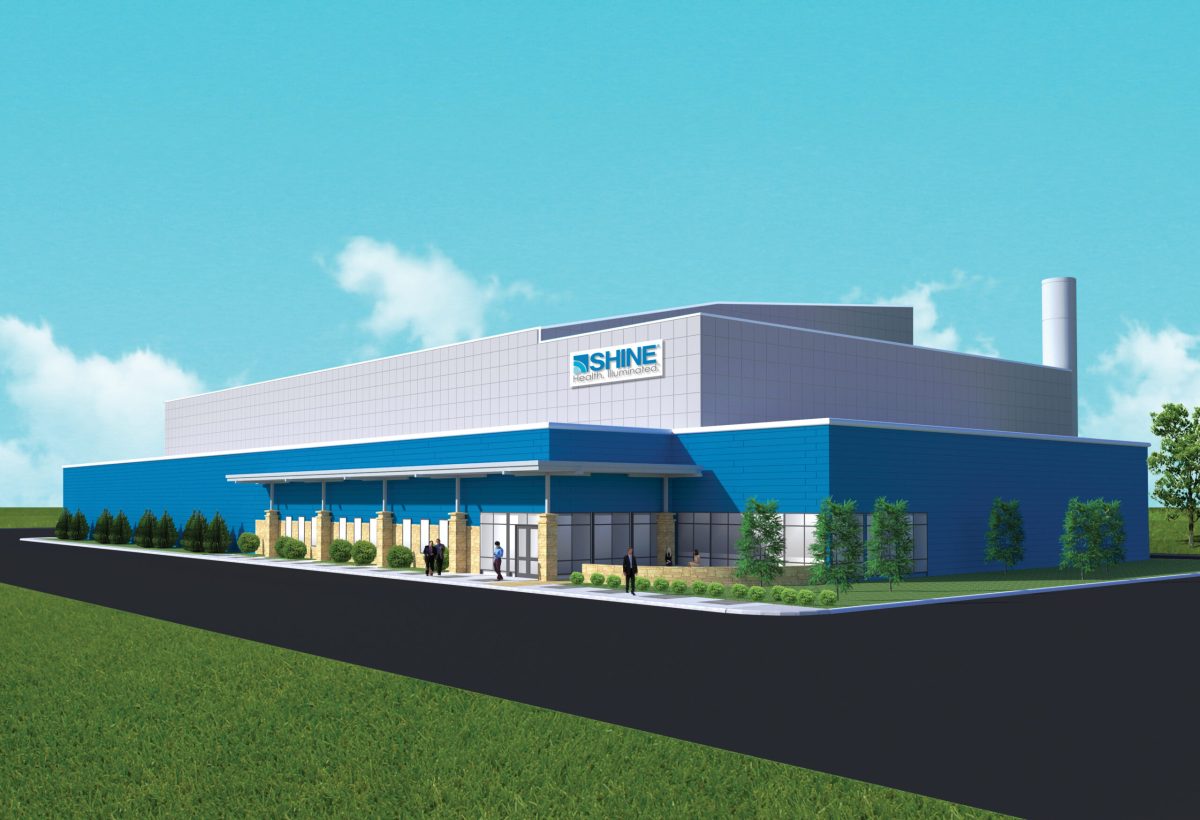 Rendering of the SHINE medical isotope production facility that will be built in Veendam, the Netherlands. After a year-long search process, SHINE today announced Veendam’s selection as the facility’s site. Construction is expected to begin in 2023.

When the European facility is completed, it will be capable of producing double the European patient need for molybdenum-99 and when combined with the capacity of SHINE’s U.S. plant, the two plants will be able to produce 70 percent of the global patient need. The production facility will be driven by nuclear technology that does not require a reactor and is cleaner, safer and more sustainable than a nuclear research reactor. Construction of SHINE’s new production facility is expected to begin in 2023. SHINE expects that commercial production will begin in late 2025. The plant will employ roughly 200 workers when it is fully operational. While the facility is being built, SHINE’s construction partners will employ additional workers from the area.

Source: This news item was previously published on the website of Shine Medical Technologies, 2021.