Council for the Environment and Infrastructure (Independent government body, The Netherlands)

How can Dutch seaports work together in order to attract transport flows and economic activities in the near future?

Next to the Port of Rotterdam, the number 1 seaport of Europe, the Netherlands also has within its borders the European top-10 seaports Amsterdam Port and North Sea Ports (a merger between Zeeland Seaports and Port of Ghent since January 1, 2018). Because of this high number of top-10 European seaports the Netherlands is regarded as one of the most important gateways to Europe. To maintain this position, the Dutch seaports will have to cooperate where possible and beneficial in order to secure their competitive advantage and to guarantee efficient and sustainable transport solutions to the hinterland. This project explored and evaluated the opportunities for cooperative transport in order to secure the competitive position of the Dutch seaports in Europe.

The following activities were undertaken:

The new Gateway 2.0 strategy has been developed for the Port of Rotterdam, but was also extensively discussed with the other ports in the Netherlands. Also, the government’s national seaport strategy has been adapted based on the project results. As a spin-off of this study, the Dutch seaports have founded the National Port Alliance to extend further cooperation between the ports for hinterland connections and strategy. 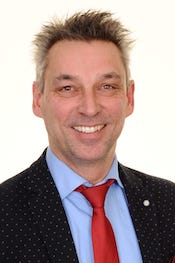